Should I Prune Weeping Willow Branches? 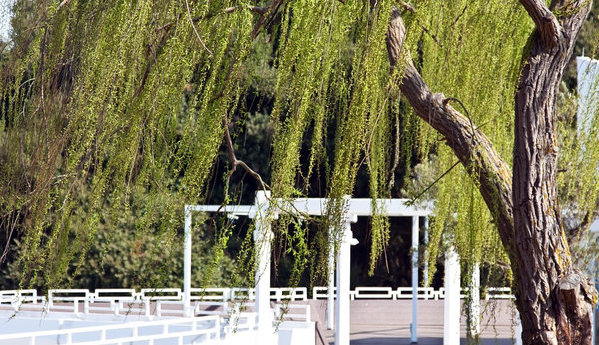 No tree is more elegant than the lovely weeping willow with its long tresses swinging charmingly in a breeze. However, the dropping limbs and foliage that support requires pruning occasionally. If you are questioning when to trim weeping willows or how to prune a weeping willow, keep reading.

A mature weeping willow is a well-known romantic tree. You frequently see photos of a willow flourishing by a calm lake, its dropping limbs revealed in the quiet surface of the water. But you need to maintain that fantastic canopy to keep it attractive and healthy. You have to slice back a weeping willow to make it look its best.

Pruning the tip of a weeping willow branch to smooth out an ornamental tree’s foliage serves an excellent purpose. Though, there are more important reasons to prune a weeping willow tree. Weeping willow limbs might flourish down to the area around the tree over time. While this might be appealing, it makes it difficult for folks to walk under the tree or park a vehicle there.

You could more notably aid the tree in having a resilient branch structure if you trim back a weeping willow. The tree is more attractive and sturdier if sprouted with just one trunk. Additionally, you’ll frequently see limbs with frail attachment to the trunk that could snap off and injure the tree.

When to Prune Weeping Willows

You’ll need to dust off your pruning shear in late winter. Weeping willow trimming in the wintertime lets you prune back the tree when it’s dormant. It also gets the willows in excellent shape before they begin their spring development.

What to Know About Weeping Willow Tree Pruning

When you begin pruning a weeping willow, the first thing to do is inspect all the leaders. You have to pick a central stem to retain and then begin trimming the weeping willow. Slice off every other conflicting leader.

When trimming weeping willows, keep saddle forks, and prune the frailer half of cleft forks. Saddle forks display a curved joint between the limbs; cleft forks have a precise V and snap easily.

When you’re putting together your weeping willow pruning job, you’ll want to establish which of the limbs are durable and which aren’t. Don’t trim back a weeping willow’s sturdy horizontal limbs. Branches with horizontal junctions to the trunk probably won’t break away from the base of the tree. Instead, cut off limbs with “V” shaped junctions because these are the ones prone to snap off.

Weeping willow pruning is also vital after a heavy rainstorm. Cut off any damaged or cracked limbs using a pruning saw. Create the cut right under the break. If you see any dead wood, prune back the branches until just living tissue is left.

If you are unsure how to prune your weeping willow tree, it’s best to call a tree professional to do the job. Get in touch with us at Lenoir Tree Service and let our tree experts do the work accurately and in a timely fashion.